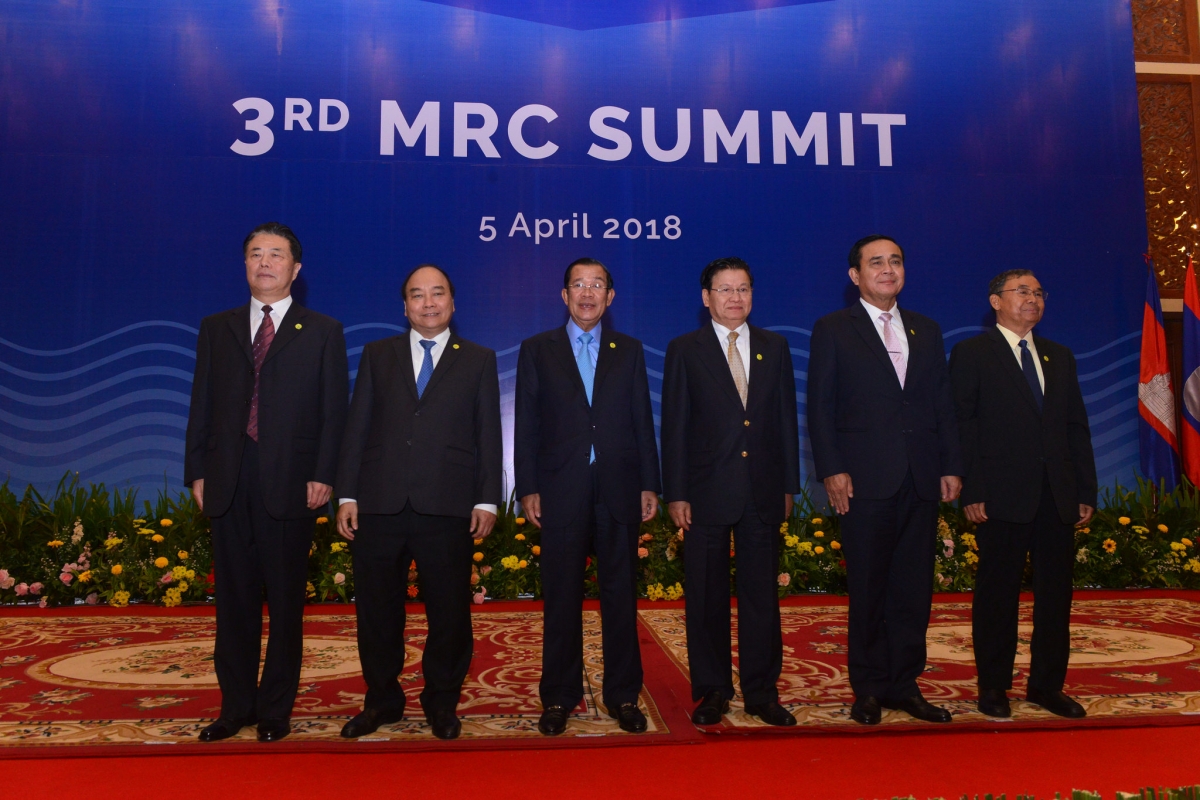 The declaration reiterates the MRC member countries’ highest-level political commitment to the 1995 Mekong Agreement and the primary and unique role of the MRC in cooperating on sustainable development of water and related resources in the Mekong River Basin. High-level representatives from China and Myanmar, MRC’s dialogue partners, also participated.

“I would like to reaffirm our solidarity and our highest political commitment and support to the effective implementation of the 1995 Mekong Agreement,” said Cambodian Prime Minister Samdech Techo Hun Sen, whose country hosted the 3rdMRC Summit. The declaration commends the MRC for recent achievements and progress made since the 2nd MRC Summit, including the adoption and implementation of the IWRM-based Basin Development Strategy and other basin-wide strategies and guidelines as well as continued implementation of the five sets of procedures that enable the MRC member countries to consult and negotiate water use within the basin.

The Prime Ministers point out in their declaration both development opportunities and challenges.

“There remain significant challenges such as rapid economic and population growth, increased demand for water, food and energy, urbanisation, industrialisation, the loss of environmental assets, wetlands and natural fisheries, deforestation, floods and droughts and risks to biodiversity and people’s livelihoods and assets,” the declaration warns.

It goes on to say that the MRC member countries expect the MRC to foster joint efforts and partnerships to optimise any development opportunities and to address challenges and risks through a basin-wide, integrated, gender-sensitive and inclusive multi-disciplinary process. This is in line with the main key messages that came out of the two-day pre-Summit International Conference, which drew about 400 participants.

“This summit confirms the MRC as the premier intergovernmental body set to lead sustainable development of the Mekong River Basin. Discussions this week have made clear that the MRC, with its long-established knowledge hub and water diplomacy platform, can further step up to facilitate more collaborative and more joint efforts by the countries to tackle the challenges of our time, taking into account the findings of the Council Study,” said MRC CEO Mr. Pham Tuan Phan.

Chinese Minister of Water Resources, H.E. Mr. E Jingping, said that China welcomed the MRC and its Secretariat to play a constructive role in the Lancang-Mekong Cooperation. This is also joined by Myanmar Minister of Natural Resources and Environmental Conservation, H.E. Mr. Ohn Winn, who offered his commitment to enhance cooperation with the MRC.

Development partners who represented in the Summit also stated that the MRC had significantly evolved and yielded many successes over the years.

The anniversary of the Mekong Agreement, which was signed on 5 April 1995, is commemorated every year with the celebration of the Mekong Day. This year, the occasion was celebrated by exhibiting key MRC achievements and products, including the winning entries of a recent writing competition on the Mekong River, during the 3rd MRC Summit and International Conference.

Other priorities noted in the declaration include keeping up the recent momentum in implementing the procedures on water use in the basin; implementing the basin-wide strategies and guidelines especially joint projects; strengthening the MRC basin-wide monitoring networks and forecasting systems for floods and droughts, and the data and information management systems underpinning them; identifying and implementing opportunities for further cooperation with partners and important regional cooperation frameworks, including Mekong-Lancang Cooperation.

Finally, the heads of government reaffirmed their support to the MRC’s ongoing institutional reform, which is well on its way to transforming the commission into a lean, efficient, and financially self-sufficient organisation.

The next MRC Summit will be held in four years, in April 2022, in Lao PDR

Read this news in Khmer, Lao, Thai or Vietnamese.

The MRC is an intergovernmental organisation for regional dialogue and cooperation in the lower Mekong river basin, established in 1995 based on the Mekong Agreement between Cambodia, Lao PDR, Thailand and Viet Nam. The organisation serves as a regional platform for water diplomacy as well as a knowledge hub of water resources management for the sustainable development of the region.