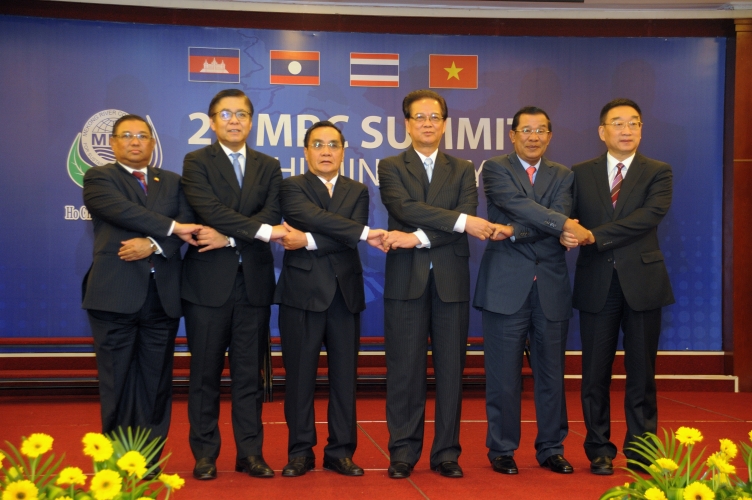 The Second MRC Summit, held in Ho Chi Minh City, Vietnam in 2014, welcomed the Prime Ministers of the MRC Member Countries — Cambodia, Lao PDR, Thailand and Viet Nam — as well as ministerial level delegations from China and Myanmar, to address the most pressing issues for the Mekong River basin and set strategic direction for the MRC.

With the need to tackle climate change and other challenges that go beyond the water sector, the Summit focused on the theme of water-food-energy nexus. Ahead of the Summit, the MRC held an International Conference on nexus cooperation in transboundary basins. More than 250 international and regional experts, stakeholders and delegations from the MRC Member Countries, China, Myanmar and Development Partners came together to share experiences and discuss relevant international and regional issues with an emphasis on the challenges of climate change.

The Second Summit’s ‘Ho Chi Minh City Declaration’ recognized the achievements in the years following the 1st Summit and prioritized several key areas of activities. Significantly, the declaration once again reaffirmed the Member Countries’ highest level of political commitment to the implementation of the 1995 Mekong Agreement and the MRC.

Achievements since the 2nd Summit include the preparation and approval of the new Basin Development Strategy 2016-2020, the new MRC Strategic Plan 2016-2020 and the new National Indicative Plans 2016-2020, including agreement to work on five significant Joint investment Projects. A riparian CEO was recruited and a new MRC Secretariat structure, staff and other reforms were put in place to make the organization more efficient and effective.

» 2nd MRC Summit Back to Top